The medical value of cannabis is hard to ignore. It is all but a given that someone you know has experience using marijuana to treat anything from common ailments to real, serious diseases. But a conversation about medical marijuana - though useful - isn’t always fun.

Fortunately, as useful as marijuana is as medicine, it’s undeniably enjoyable to explore the creative side of cannabis. Since its earliest appearances in our history, it has been used as a means of accessing otherworldly experiences.

Marijuana has been the inspiration for some of the greatest and most thought-provoking creative minds throughout history, including some surprising entries in the “I did inhale” category. Steve Jobs and Bill Gates found inspiration in frequent cannabis use, and it’s widely known that Albert Einstein liked to chain smoke the medicinal mind bender while thinking about space and time (and maybe science groupies).

Before Carl Sagan ever blew the world’s collective mind with his understanding of the Cosmos, he was lighting up his frontal lobe with cannabis and unlocking the secrets of the universe for all of us to enjoy during our own marijuana-fueled pontifications of outer space.

Not down to earth enough for you? Dylan, Marley, the Rolling Stones, the Beatles, and nearly every musician that’s followed has at least tried cannabis while creating. The soundtrack of your most recent smoke sesh was probably belted out after a deep puff or ten of magical marijuana.

It should come as no surprise that there are good reasons you and all these other groundbreakers have gotten creative on cannabis.

The short story: marijuana can excite thought and expression while inhibiting your inhibitions. ‍

The long story: cannabinoids in marijuana temporarily alter the chemistry of your frontal lobe, specifically the areas that govern things like thought, focus, and expression. THC also influences how we perceive and experience time and the five senses; and it has a substantial effect on our internal reward system, aka the pleasure center of your thought box. (It increases dopamine and serotonin levels, making us feel good for no other reason than… yay cannabis!)

But if you’re planning a creative session soon, pump the breaks, Picasso. According to a 2014 cannabis and creativity study published by Psychopharmacology, dosing matters.
‍

The Netherlandian (it’s a word!) study compared measures of creativity after consumption of high dose cannabis, low dose cannabis and a placebo. The findings were interesting, if not revealing. Participants who used low doses of THC (5.5 mg) performed better creatively than both the placebo and high dose users (22 mg).

What does this all mean?

It could be that lower doses diminish the inhibitive function of the frontal lobe just enough to strip away fears and light the creative flame, but not so much that you lose the ability to express yourself. With all studies, especially those about cannabis, the results aren’t entirely conclusive and require further investigation.

We recommend discovering whether cannabis can boost your creativity (we think the evidence is unimpeachable) with some extensive self study. Rair Co. offers a wide selection of flower, pre-rolls, vaporizers and edibles – plus a ton of knowledge about cannabis – that could help you unlock some creative thinking and expression.

Worst case: you’ll get to experience some otherworldly marijuana.

Best case: you’ll get to experience some otherworldly marijuana while creating something no one has ever seen, heard or experienced before.

Even the naysaying Netherlandians have to admit that’s a win-win.

The Cannabis Age of Enlightenment in America 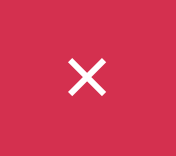